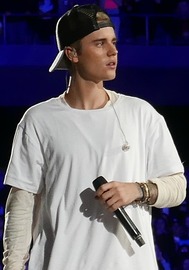 Justin Drew Bieber is a Canadian singer. He was discovered by American record executive Scooter Braun and signed with RBMG Records in 2008, gaining recognition with the release of... Wikipedia