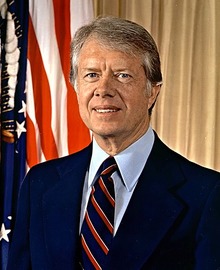 James Earl Carter Jr. is an American politician, businessman, and philanthropist who served as the 39th president of the United States from 1977 to 1981. A member of the... Wikipedia