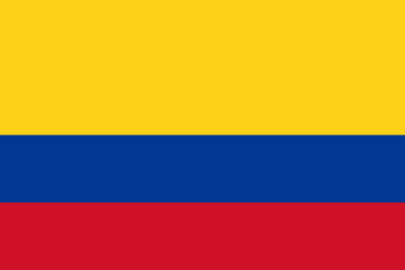 Colombia, officially the Republic of Colombia, is a country in South America with territories in North America. Colombia is bounded on the north by the Caribbean Sea, the northwest... Wikipedia